In the wake of persistently stalled dispersions of housing funds from Measure H, five projects have been named winners of the Los Angeles County innovation challenge, having competed for $4.5 million dollars in available tax revenue. A total of 53 developers entered the contest, all proposing unique means of financing and building potential housing for homeless people throughout LA.

Phil Ansell, chair of the L.A. County Homeless Initiative, insists that “these approaches will result in hundreds or thousands or tens of thousands of units of housing being built in Los Angeles County more cheaply and more quickly. Scalability is fundamental to our objective.”

Indeed, the challenge is just the latest in a series of initiatives pushed by the local government as a means of weaning the city and county off of their mutual reliance on a federal tax credit program which, for many years, has been the be-all and end-all of creating affordable housing. Although voters have pledged a variety of local taxes to combat the homelessness crisis, the turgid and expensive practice of constructing apartment buildings has greatly impeded the process of funneling homeless individuals into proper housing.

With the county’s innovation challenge, $4.5 million of said funds were set aside to put these ideas to the test.

After a panel of judges including members with experience in government, non-profits, and housing deliberated on the various proposals, they narrowed the field to twelve finalists. Then, on February 1st, the winners were announced at SCI-Arc, the downtown architectural academy. Each winner was allotted a portion of the county’s sum to bring their vision to life. They include:

Remote Amazon villages inspired this concept from LifeArk, a company focused on building homes that can float on water. After designing luxury buildings, architect Charles Wee created these houses in an effort to take on the issue of severe flooding in a remote Peruvian village via structures built with polymer panels that can be molded into numerous floor plans using simple tools. Wee now hopes to utilize the same patent build to craft housing for the homeless.

LifeArk has purchased land in El Monte and is working to build a floating network of three adjoining buildings for sixteen homeless tenants.

The majority of Los Angeles County is based around a grid of 50-by-150-foot rectangular lots. Then, there are also a number of oblong sized and shaped lots that are quickly growing outmoded. Here, Angie Brooks, the managing principal of architectural firm Brooks + Scarpa, saw an opportunity. She and her firm have created a system called Nest, which allows for one unified design principle that can fit into any sized or shaped lot.

This approach consists of prefabricated houses that might be assembled and scaled up to any size – all the way to five stories high. This method is said to reduce construction time by nearly fifty percent, and total cost by over fifteen percent.

FlyawayHomes plans to set up modular buildings on properties that will not need approval by the City Council, thus bypassing the bureaucratic stalls faced by other proposals.

The outfit has already opened a thirty-three unit project for the homeless in South Los Angeles in fall of last year, and they now have a second and third project under active development as well.

Steven Dietz, the co-founder of venture capital firm Upfront Ventures, has discovered a new means of providing housing under the guise of “accessory dwelling units” – such as garages adjoining single-family residences.

Over a quarter million such units exist throughout Los Angeles, and Upfront has committed itself to converting these garages into so-called “Granny Flats” to create low-income housing out of existing spaces, while also using the funds received to incentivize homeowners leery of taking in homeless people.

In the 1920s, over 23,000 bungalow units provided housing for over seven percent of Los Angeles’ population. Now, non-profit Restore Neighborhoods Los Angeles hopes to reinvent the bungalow-court concept by investing in an initial eight-unit complex for homeless individuals.

Moving forward, they have plans to develop more bungalow abodes throughout the county by winning over local support to finance projects located near transit corridors.

Many within local government are hopeful that the five concepts outlined above could lay the groundwork for larger scale innovation. These changes might eventually realize the grand promises of Proposition HHH and Measure H, in order to get people off the streets and into reasonably priced housing.

Here’s hoping that shift occurs sooner, rather than later. Next Post LA’s Homeless Population is Dying In Record Numbers – But Why? 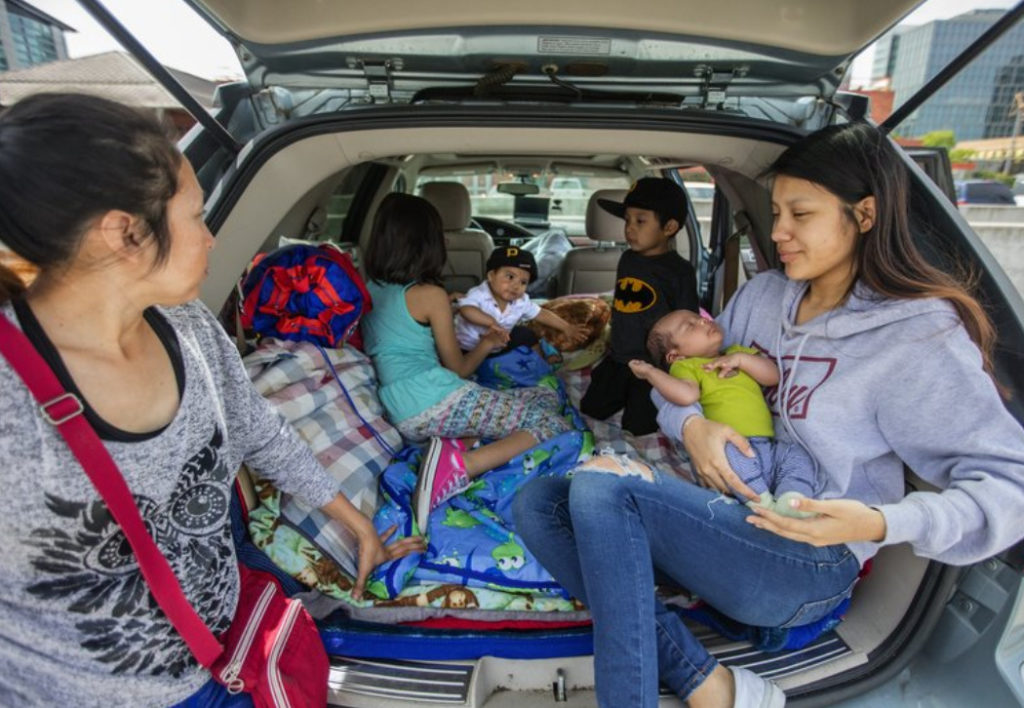